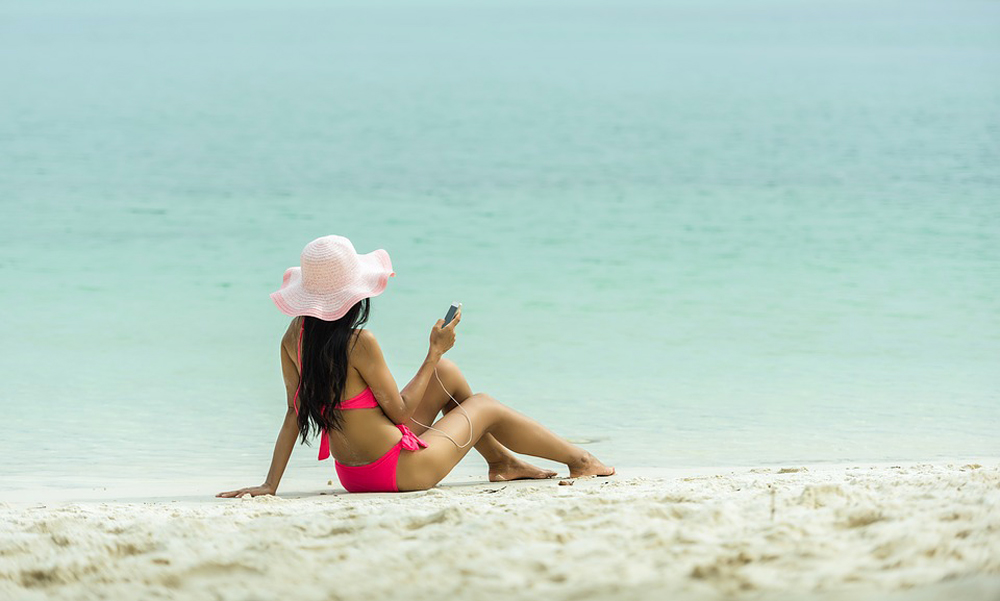 In the center, between these last two places, the beach of Timi Ama can not escape you. You will recognize it for its expanse of white sand, bordered by two small cliffs, behind it you will see the pond of Notteri, and all around the Mediterranean scrub.

Imagine being on a small aircraft and flying over the south-eastern coast of Sardinia. To the east of the Gulf of Cagliari, at the promontory of Capo Carbonara, you can admire one of the most beautiful coasts of the island: the stretch of coast that goes from the beach of Campulongu, passes through the island of Cavoli, the beach of Porto Giunco until you get to the beach of Simius. In the center, between these last two places, the beach of Timi Ama can not escape you. You will recognize it for its expanse of white sand, bordered by two small cliffs, behind it you will see the pond of Notteri, and all around the Mediterranean scrub.

Timi Ama beach, how to get there

The beach is located exactly in the middle between Porto Giunco beach and Simius beach. Starting from Cagliari, take the state road 17 in the direction of Villasimius and, once you get there, you pass the town, the marina, and follow the signs for Porto Giunco-Notteri. Alternatively, if you are already in Villasimius, you can head towards the marina and take the sea route.

The beach of Timi Ama, the spectacle of nature

The beach of Timi Ama is inserted in one of the most beautiful landscapes of Sardinia: the territory of Villasimius, between the beach of Porto Giunco ​​and the beach of Simius and behind it the pond of Notteri. What are its characteristic features? Let’s see them together:
A very popular destination for scuba fishing lovers, on particularly windy days, the bay is also frequented by surfers. Not far from this authentic corner of paradise lies the Notteri pond, a salt water mirror separated from the sea by a strip of sand. The pink flamingos have chosen it as a resting place in their migration.

The beach of Timi Ama, in the heart of young and old

Like all the towns around Villasimius, which is itself a pearl, the beach of Timi Ama is also very popular during the summer months. Nonetheless, it is equally very livable. Just a few kilometers from the city center, the beach has a large parking, which can also be used by those who travel around the island in a camper. It is pleasant to stay the whole day, even with small children, thanks to the possibility to rent beach umbrellas, sunbeds and deck chairs and have lunch at the present refreshment points. If you love trips offshore, you can rent water skis or skates.

We use cookies to ensure that we give you the best experience on our website. If you continue to use this site we will assume that you are happy with it.Ok