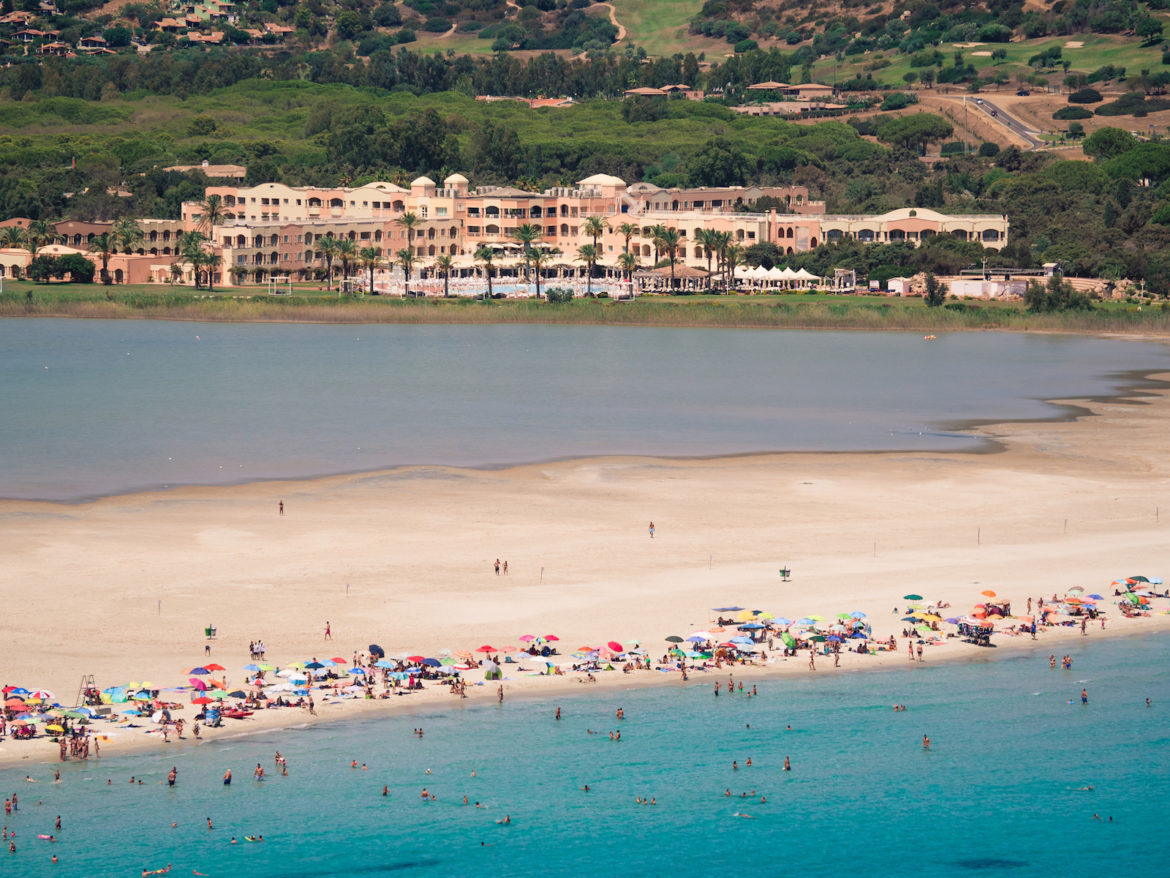 In the territory of Villasimius, 45 kilometers from Cagliari, there is one of the most beautiful beaches in Sardinia and beyond. We are talking about the beach of Porto Giunco, a cove of white and pink sand, surrounded by thick Mediterranean vegetation, often chosen as a setting for commercials.

At 45 kilometers from Cagliari, in the territory of Villasimius, there is one of the most beautiful beaches of Sardinia; a sort of Caribbean foreshortening in the Mediterranean. Chosen as a setting for commercials by several directors, the beach of Porto Giunco is also called the beach of the two seas due to the presence, behind it, of the pond of Notteri, famous for its presence in the winter months of pink flamingos and of other migratory birds. Its size and the presence of small headlands behind it, which protect it from the winds, make it an ideal destination for families with small children and for lovers of underwater fishing and snorkelling. 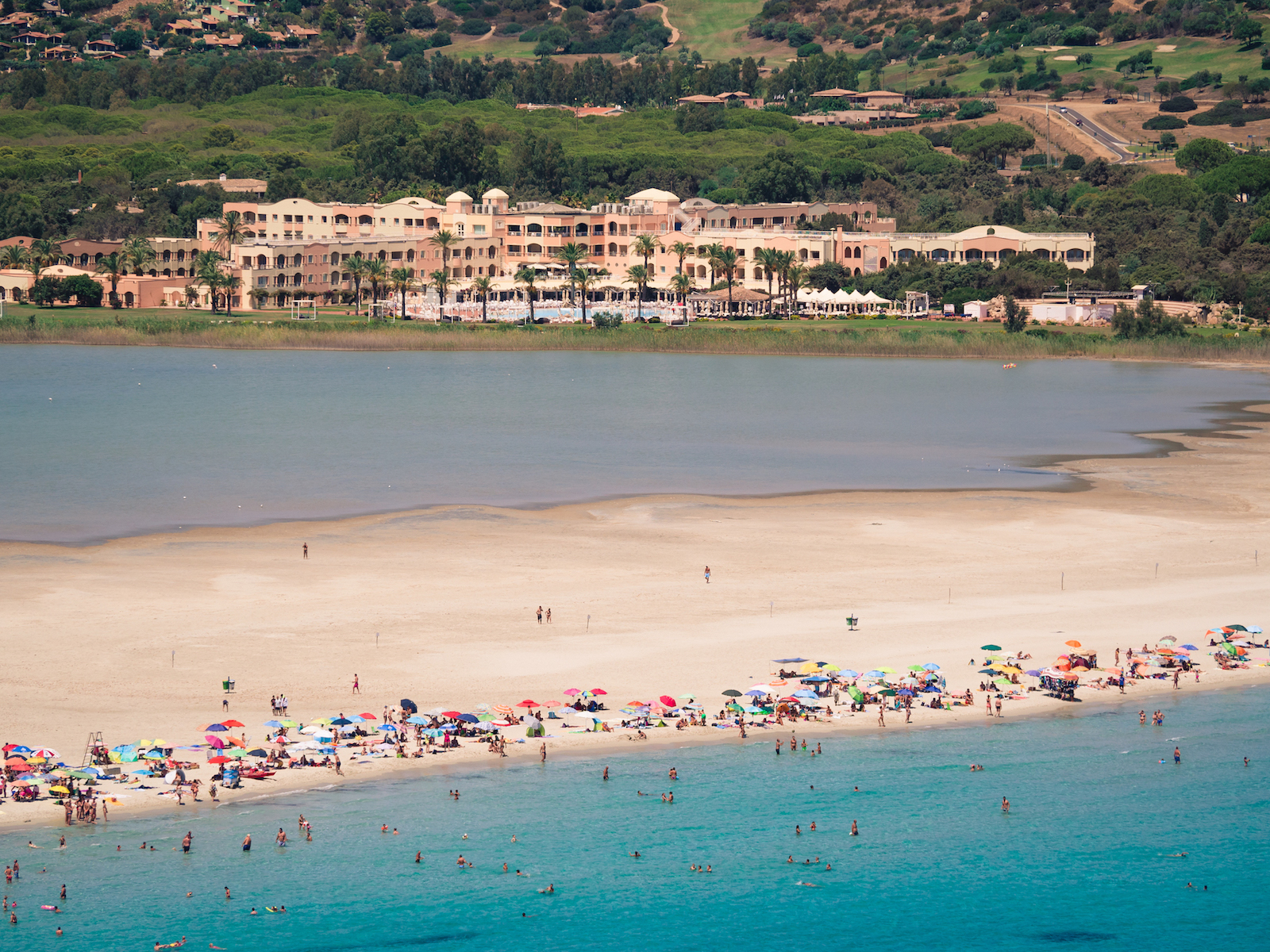 How to get there?

Starting from Villasimius, take the Via del Mare and, just after the marina, take a dirt road that marks the division between the beach of Porto Giunco and the pond of Notteri behind it. At this point you can park and continue on foot along a wooden walkway or a path covered with eucalyptus trees.

The beauties of Porto Giunco

Once you arrive in Porto Giunco, an enchanting scenery opens up with unique details:

Behind the beach stretches the Stagno di Notteri, a wetland of great naturalistic interest that pink flamingos and other species of migratory birds have chosen as their natural habitat. On the promontory to the side stands the Spanish watchtower called Torre di Porto Giunco. Climbing to the top of the promontory you can enjoy a breathtaking view.

What the beach of porto giunco offers?

Porto Giunco is so a fabulous scenario, that has often been chosen as the setting for commercials. Its size makes it capable of hosting the large numbers of tourists who choose Sardinia as their holiday destination in the summer. The beach has a large parking area, several bars and kiosks where you can also have lunch; you can rent umbrellas, sunbeds and rafts. The beach is accessible to people with reduced mobility and is a popular destination for families with small children and those who practice diving and snorkeling.