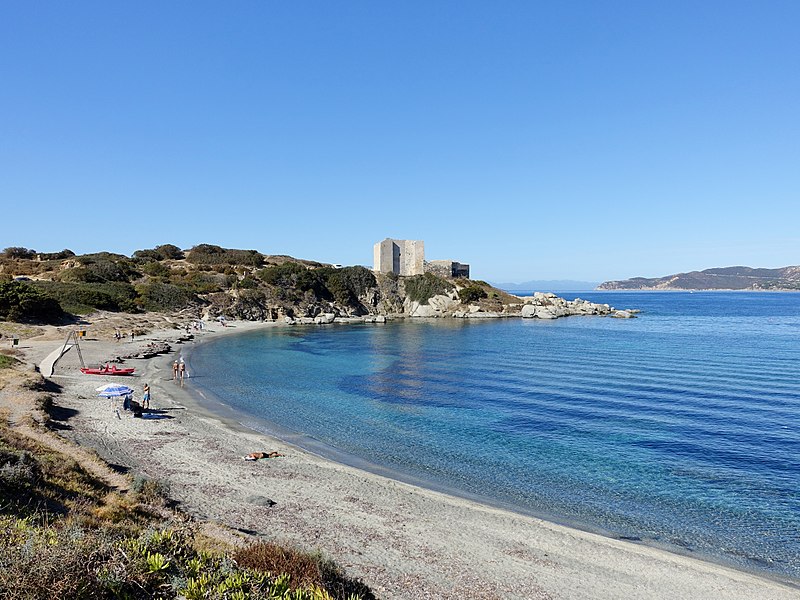 The Old Fortress of Villasimius stands on a promontory near Capo Carbonara. Built in the fourteenth century, it watched over this place in the highlights of its history, protected it from incessant Turkish raids.

The Old Fortress of Villasimius is a symbol for the inhabitants of the area. Built in the fourteenth century, it has accompanied this strip of island in the highlights of its history. Over the centuries it has protected it from Turkish incursions, has hosted the tuna and coral boats. After remaining in a state of total abandonment for almost a century, today it has become a very interesting museum to visit. Do not miss the sunset from this height, an almost magical moment, with its fiery colors.

Where is the Fortezza Vecchia of Villasimius?

The Old Fortress of Villasimius stands on a promontory, near Capo Carbonara, from which it dominates the eastern part of the Gulf of Cagliari, that is to say that part that goes from Capo Boi to Cala Caterina. Originally it had an equilateral triangular plan, with sides of about 11 meters and a height of 10 meters. The entrance, facing the sea, was elevated. Its majestic appearance, immersed in a truly evocative location, testifies to a past full of adventures.

The old fortress of Villasimius between past and present

It is pleasant, on holiday, to alternate moments of total relax with others that satisfy the desire to know. Let’s find out some of the curiosities about the Fortezza Vecchia of Villasimius.

The Museum of the old fortress of Villasimius

The Old Fortress of Villasimius today is a museum that preserves, among other things, the testimonies of its history. In one of the documents concerning her, dating back to 1788, we read a curious invitation to Admiral, who then lived in the tower, to remove the wife from the fortress, since the structure was not suitable for hosting a lady. Once the visit of the interior is over, it is a must to stop and admire the truly evocative show that this location can offer. The view that can be enjoyed from this promontory makes the view spread in one of the most beautiful corners of Sardinia, especially at sunset. The sun falls over the coasts in a triumph of blue and orange while the surf resounds calm.